Words are powerful, and what we read or what is read to us can have a tremendous influence on our thoughts, words, and actions. Books can impact our lives in a positive or a negative way. On the one side we have the Bible, the written word of God, which is the ultimate example of good. There is none like it; it stands supreme. In contrast to that are books that place an inappropriate emphasis on darkness and sin or that portray evil as good.

The purpose behind Whatsoever Stories is to produce wholesome, God-honoring books that parents can trust to uphold biblical principles and that will give young people good things with which to feed their minds so that good things can come forth from them. “If there be any virtue… think on these things.” This is done through captivating stories that emphasize biblical truths and help build godly character. Written with families in mind, these books will appeal to a variety of ages.

My prayer is that these stories will teach, encourage, and inspire their readers for the glory of God.

Check with your local, independent bookseller for availability

From the Back Cover

Taken aback by Nathanael’s enthusiastic outburst, Captain Breth was speechless for several seconds. “Let me get this straight,” he said slowly. “You’re suggesting that the Wings of Service attempt to break into a Luftwaffe prisoner of war camp and fly two or three hundred unarmed men back to Allied territory?”

It was a daring idea. If they could succeed, it would mean liberty for many captured men. With limited time in which to secretly formulate their plan, an imaginative aviator, an indispensable agent, and an audacious ground soldier with a terror of heights prepare for a most unusual mission to rescue men imprisoned by the Nazis. But behind the scenes another rescuer is sorely needed, someone able to liberate one being held in grave captivity by a much stronger foe.

Here, in the central months of the Second World War, discover true freedom in this unique tale of a pilot, a prisoner, and a parachute.

“I read Prisoner of War aloud to my sons (ages 13 and 15) and daughter (age 17). We all enjoyed it very much! Not only is the book compelling, thought-provoking, suspenseful, interesting and God-honoring, but it also contains excellent examples of how to effectively present the gospel to another person. It is a beautifully and thoughtfully written story. As a mom, always on the hunt for worthwhile, good quality books, I highly recommend Prisoner of War.”
(A Mom)

Finalist in the 2020 Cascade Awards 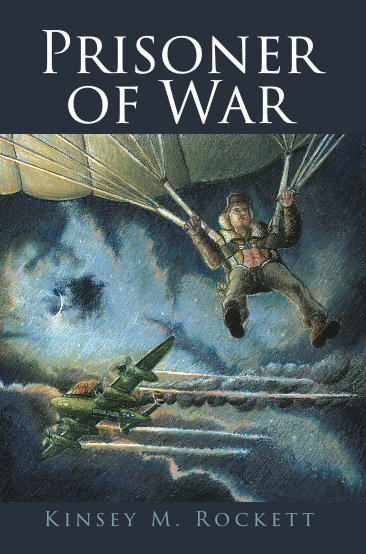 Thank you for your interest in Whatsoever Stories!

Please use the following form to send a message. I look forward to hearing from you.